Editor's Note: Highlighted in bold below, this article contains information about the Atlanta…

Georgia (Sep 26, 2014) — By MICHAEL COOPERSEPT. 23, 2014When the well-regarded Atlanta Symphony Orchestra locked out its musicians in a labor dispute for the second time in two years and then announced this week that it was canceling the beginning of its 70th-anniversary season, its music director, Robert Spano, found himself worrying about what the silencing of the ensemble would mean for Atlanta.

“This is a dire and critical juncture for the city of Atlanta, which is in danger of losing the flagship of its culture,” Mr. Spano said in his first interview since the orchestra’s musicians, who accepted significant pay cuts two years ago, were locked out this month after balking at a proposal that would further erode their take-home pay. “If the 10th-largest urban economy in America is incapable of sustaining its cultural jewel, what does that signal about our country?”

The labor battle in Atlanta has not been only about pay and benefits, but also about the size of the ensemble itself, as the orchestra’s management and its parent organization try to cut its costs to end a string of persistent budget deficits. Mr. Spano lamented that “our brilliant and creative musicians, who need to be intimately involved in the creation of our path to the future, have been asked to leave the building — and Atlanta is left with a deafening silence.” 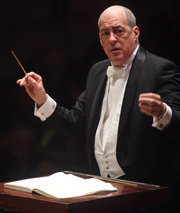